The move from traditional to online ways of working has been well documented in dozens of industries. Whether this is the change from conventional in-person meetings to platforms such as Zoom or the use of online contract management software instead of filing cabinets, the internet has changed the way that almost every industry sector works. 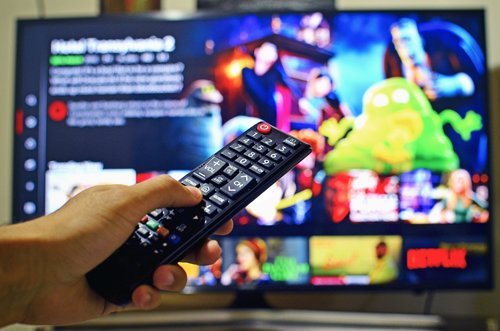 This means that many people have moved to managing their relationships online. Contract management is a great example of this – where whole departments were once concerned with sending paper backwards and forwards, these tasks can now be performed quickly and easily over the internet. This has meant a painful transition for many companies, something that is now spreading to other sectors.

Nowhere is this more true than in the world of television broadcasting, where traditional linear channels are slowly fading away to be replaced by on-demand services such as Netflix. Some media companies have managed to make the transition relatively painlessly; note the apparent success of Walt Disney’s Disney+ platform. Still, for many, this is a problematic change that has upended business models and ways of working that have reliably produced profits for several decades.

The biggest problem for TV companies isn’t so much that their existing viewers are abandoning their stations (although this is a part of it). Still, instead that younger viewers simply aren’t starting to watch in the way that their parents and grandparents did. For many viewers under the age of around 25, tuning into a station and waiting for a show that they may enjoy to come on simply isn’t an experience that they are used to. They have grown up in a world where almost any content that they could care to watch is available online in a few minutes. Worse still, many of them have experience of a world where obtaining that content without paying for it is essentially a social norm.

What Have Media Companies Done About This?

In the early years of the online streaming revolution, some media companies attempted to hold out against the tide and stopped their most popular content from being available on online streaming services. In many cases, this just led to extremely high piracy rates of popular shows such as Lost. The message was clear, people were going to watch content on-demand on their computers whether the owners provided them with legal ways to obtain it or not.

Initially, many media companies were happy to let third-party players such as Netflix and Hulu do the heavy lifting of subscriber attraction and management for them and uploaded their content to these platforms. However, once Netflix started to move into producing its own original programming (and won several awards for it) the media companies got cold feet and began plans to build their own services.

Disney was the first to jump, acquiring Marvel and pulling its own content off the Netflix platform as rights agreements started to expire. The majority of major US broadcasters have now started to do the same. One problem for them is that in some cases, they do not own the streaming rights to their own back catalogue, making it possible for some popular shows to remain on Netflix without their blessing.